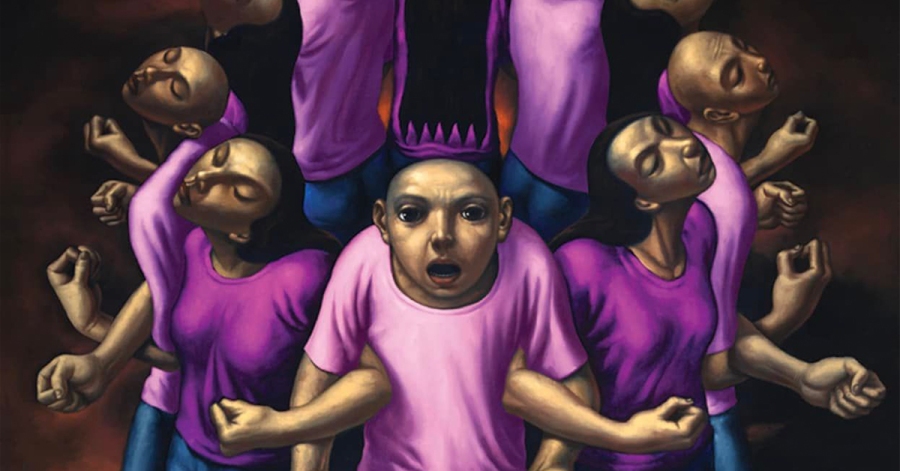 National Artists Virgilio Almario and Gemino Abad are among the 63 writers whose works are featured in the first issue of the new Santelmo: Liwanag sa Dilim literary magazine published by San Anselmo Press.

Recognizing the resurgence of patriotic writing—especially essays and poems—borne out of the recent political events, Filipino publishing house San Anselmo Press and a group of established writers got together to create the Santelmo literary magazine with the mission to serve as a beacon of light during these confusing and challenging times. The name Santelmo, the familiar local term for St. Elmo’s Fire, was recommended by poet Marne Kilates. Executive Publisher Marvin Aceron explained their mission thus: “We seek to be the keeper of the flame… To rage and fight against the disease of forgetting that beset our people, the weak memory that erases and alters… We need words. We need to write them down and share them to make our country strong, to make humanity stronger.”

The first issue (released on June 30, 2022) contains essays, articles, poems and short stories in line with the theme “Faith, Hope and Rebirth.” On the cover is the artwork entitled “Laban Lang” by Elmer Borlongan. Inside, the magazine features works in English and Filipino from writers all over the Philippines; among these are the essays “Kahit Patuloy ang Pagbulusok ng Demokrasya” by Virgilio Almario, “Why Write at All?” by Gemino Abad, and “Defiant Hope!” by Constitutional framer and former University of the Philippines Professor Ed Garcia, and articles by other writers; poems by Simeon Dumdum Jr., Milagros Dumdum, Jim Pascual Agustin, Juaniyo Arcellana, Vim Nadera, Mara Lanot, Pablo Tariman, Joel Vega, and other poets, and short stories by Ariel Logroño and Ryan Leyco Faura.

A major article in Santelmo’s first issue is “The Unmined Story of the Small Town That Could” written by Ramon Florencio “Buko Joe” Perez. This feature recounts how the people of San Juan, Batangas, fought against the construction of a smelter plant backed by then President Ferdinand Marcos.

San Anselmo Press is the same company that came out with the best-sellers Top 20 Changes to the Rules of Civil Procedure & Revised Rules on Evidence, 100 Pink Poems Para Kay Leni, the Gintong Aklat-nominated Confessions of an Ex-Jesuit and National Book Awards nominees Crocodiles in Belfast & other poems and Time Out Muna: Gabay sa Utang, Upa At Iba Pa sa Panahon ng Pandemya. For inquiries and literary contributions, send an email to santelmopilipinas2022@gmail.com.

#CrystalParas (@crystalparas) on her song 'Hintay':
Here's what happened at the exclusive premiere of #HBOGo's #HouseOfTheDragon.
At yesterday's media conference of #KUTA with #KrissyAchino (@krissyachino), #NicoLocco (@akoposinico), #RenerichOcon (@renerichocon), and #YakiRonquillo.
Nope proves that Jordan Peele constantly improves not only technical wise but also in creating unpredictable and highly entertaining stories. An engaging sci-fi thriller that ends with a spectacle. What a ride!
#Cinemalaya2022 Day 5:
#Cinemalaya2022 DAY 4. Gala premieres of: