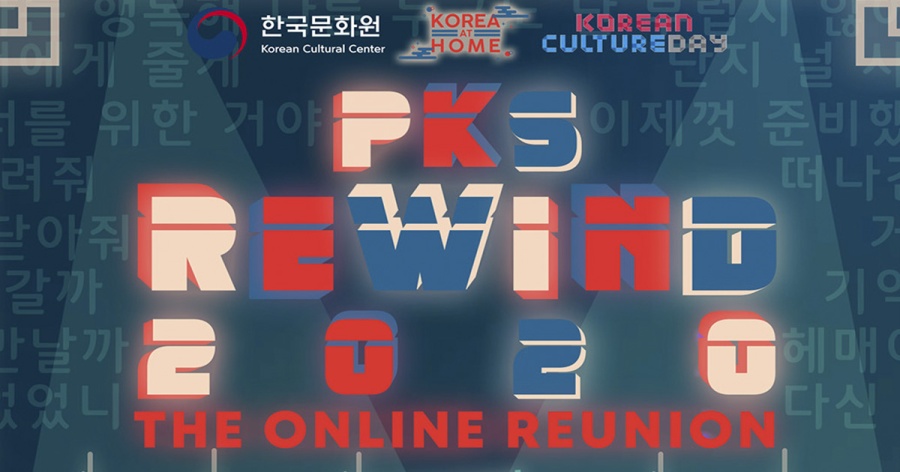 Talent, entertainment, and culture need not be sacrificed despite the onslaught of the pandemic. As Korean Cultural Center adapts to the ‘New Normal,’ the landmark event, Pinoy K-Pop Star also takes a different look this year.

In place of the highly-anticipated, annual contest that brings together the most talented vocal and performance cover artists from all over the country, this year, Pinoy K-Pop Star will be reminiscing the past successful years of the competition and celebrating the talented winners while paying homage to the remarkable evolution of K-Pop through “PKS Rewind 2020: The Online Reunion.”

As the first-ever online concert under KCC’s Korea at Home campaign, which aims to bring K-Culture closer to the Filipinos while staying safe at home, “PKS Rewind 2020,” will be a nostalgic yet electrifying virtual reunion for some past PKS winners and the personalities who have played an integral role in the contest’s triumph in the country.

Adding spice to the lineup of performers is two of the staple names in the contest’s history–YouTube star and esteemed PKS judge, Dasuri Choi and trending P-Pop boy group SB19, some members of which have previously competed in the contest themselves.

Apart from the performances, the show would also feature interviews and some catching up with the guests, as well as a raffle of goodies for the most avid supporters of K-Culture and KCC.

“PKS Rewind 2020” is the opening salvo and just one of the many diverse activities that KCC has prepared for all the K-Culture supporters under Korea at Home this August.

Joining past Korea at Home themes such as K-Food, K-Music, K-Film, and K-Arts are the new categories namely K-Contests, K-Pop, and K-Language. On top of learning and being entertained by Korean culture contents, KCC’s followers will also get the chance to take home prizes through this month’s Photo & Essay Contest and the weekly K-Quizbee.

KCC is just getting started as the coming months will have more live shows, unique competitions, thematic screenings, educational offerings, and other exciting events and activities all under Korea at Home. Despite the struggles posed by the pandemic, KCC will continue pushing forward to bringing inspiration, information, and entertainment to Filipinos through their well-loved K-Culture.

It's an understatement calling Thor: Love and Thunder as a movie that offers big adventure and fun entertainment, writer and director Taika Waititi has somehow created this impressive blend of humor and captivating drama that works perfectly for the character of Thor.
#AldenRichards (@aldenrichards02) for the July 2022 issue of @megaman_magazine.
Go to Glorietta 4 Activity Center to experience “Vecna’s Curse," available until July 2, 2022.
The film isn't holding back on its goal to deliver a fun and entertaining movie. It perfectly builds up its comedic scenes and elevates them minute by minute. If you're a fan of the franchise and its humor, you'll definitely have the best laughs in the cinema.
#RoWoon dances to Next Level's 'Aespa' at the #RowoonLiveinManila event. #ROWOONinMNL
LOOK: #RitaDaniela (@missritadaniela) announces she is pregnant!