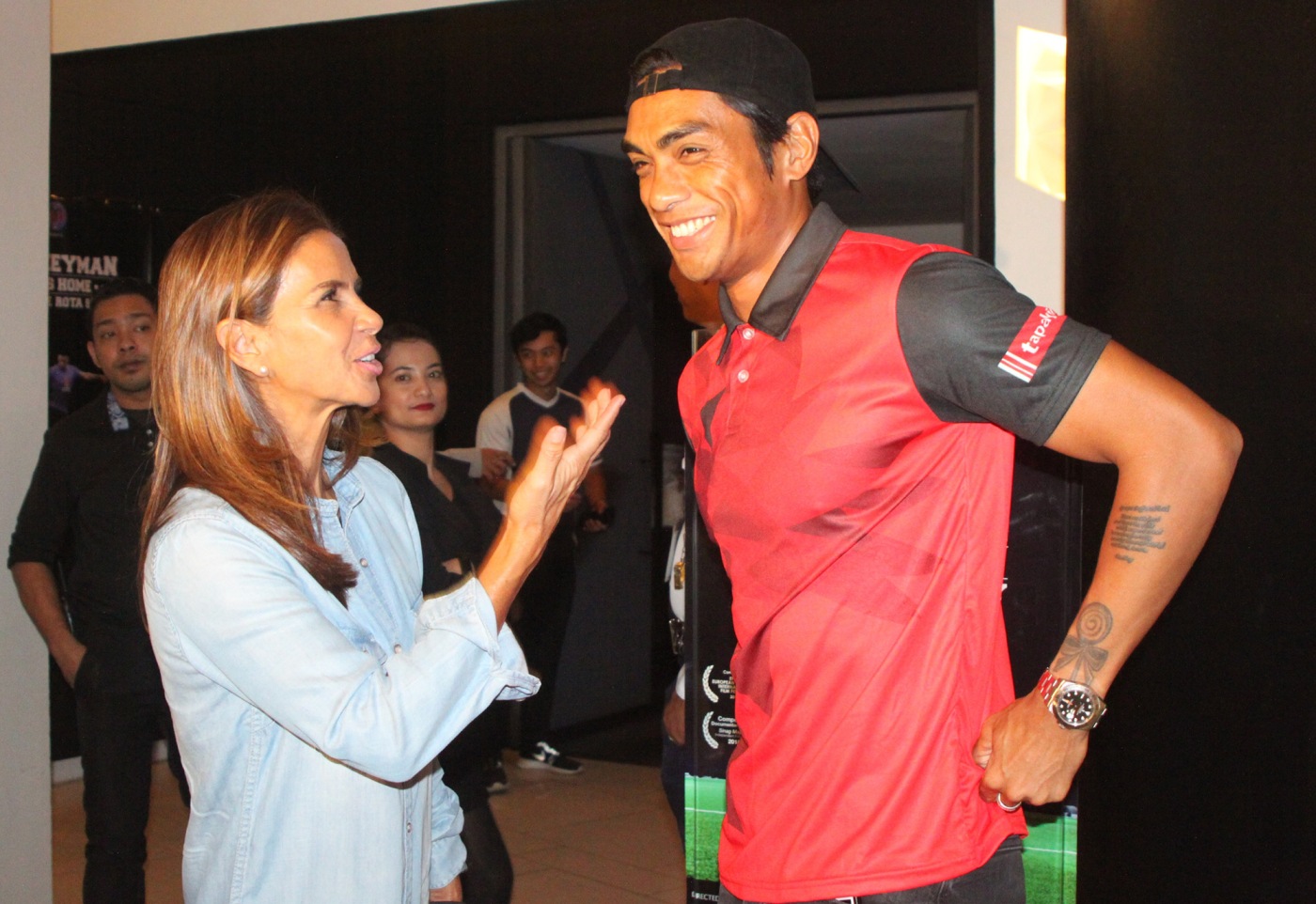 Davao Aguilas FC, the professional football club based in Tagum, Davao del Norte, is supporting the award-winning documentary “Journeyman Finds Home: The Simone Rota Story.” The 60-minute film is about the struggles of footballer Simone Rota, an Italian with Filipino roots, and his journey to play for the national team and look for his biological mother. Simone is a defender of Davao Aguilas FC.

Within a span of weeks, “Journeyman Finds Home: The Simone Rota Story,” co-directed by Albert Almendralejo and Maricel Cariaga, earned numerous accolades. First, it received a grade of “A” from the Cinema Evaluation Board (CEB); the government agency applauded the film for its exceptional subject, inspirational message and truthful narrative. In its summation, the CEB stated, “There are too few films on soccer hereabouts not to give it the highest incentive…. It is a fine brace of a documentary.”

“Journeyman…” was also given the Audience Prize at the 2018 European Philippine International Film Festival held in Florence, Italy. Mr. Almendralejo was present to receive the said award. At the 2018 Sinag Maynila Film Festival Gabi ng Parangal, the documentary was given a Special Jury Prize for “its rare depiction of the innate goodness of people which comes less frequently at a time when the world is becoming more jaded and cynical.”

Fittingly, Davao Aguilas FC hosted two consecutive screenings of the docu at the Uptown Mall Cinema in Bonifacio Global City, Taguig. Both events had in attendance the Davao Aguilas FC players. The first screening, held on March 16, also gave the club a chance to introduce their lineup for the second season of the Philippines Football League, and also cheer on the six Azkals who are taking part in the historic AFC Asian Cup UAE 2019 Qualifiers Match between the Philippines and Tajikistan. Davao Aguilas Azkals are Tyler Matas, Dylan de Bruycker, Simone Rota, Phil Younghusband, James Younghusband, Nicholas O’Donnell and Dennis Villanueva are gearing up for the said game to be held on March 27. In fact, these Azkals came to the March 16 screening straight from training for the very important match.

Thanks to the support of Davao Aguilas FC, “Journeyman Finds Home: The Simone Rota Story” will be having a series of screenings in the 17 regional football association areas where Coach Percy Guarin is conducting the Mindanao1 Futbol talent identification search. “Seeing the movie of Simone will give the kids hope that their dream will become reality one day,” said Coach Percy. The docu already had its first screening in Mindanao on March 15, at the Pagatpat Elementary School in Cagayan de Oro.

Mr. Almendralejo said, “We are grateful for Davao Aguilas FC for their all-out support for our film and for our advocacies. The club’s efforts will contribute to the growth of football in Mindanao and to the whole nation.”

For updates about “Journeyman Finds Home: The Simone Rota Story,” check out the film’s Facebook page.