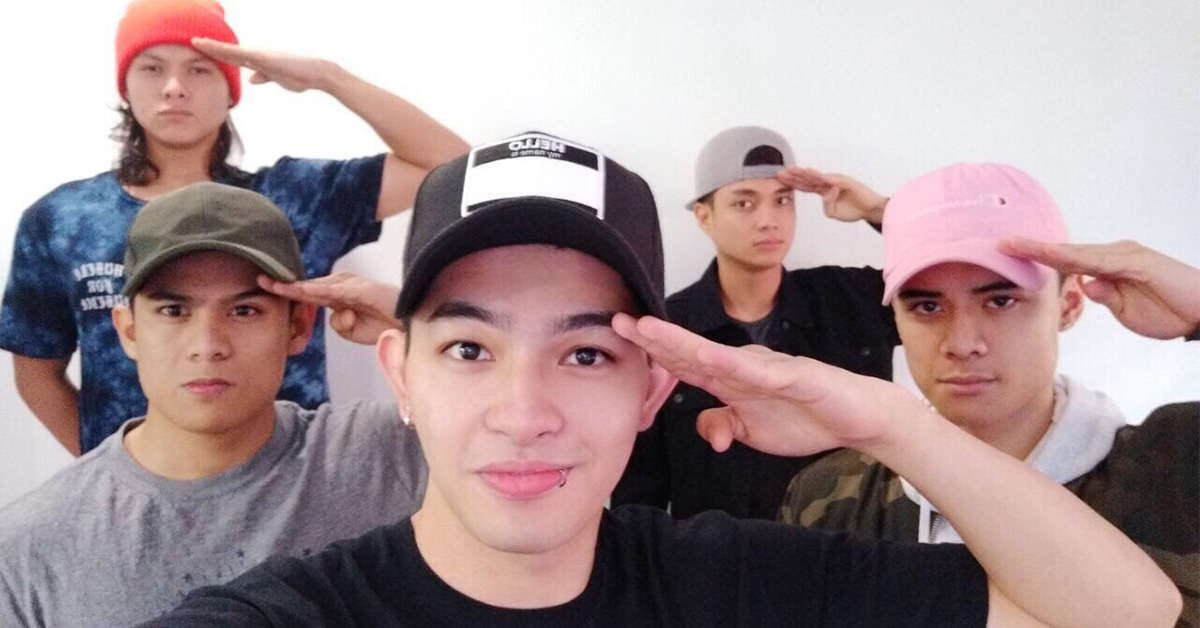 Vivo—5th in the 2016-2017 Leading Global Smartphone Brands—has in its Vivo Family roster famous names in the local celebrity scene. With well-known faces in the Philippine entertainment arena backing the brand, Vivo has a surefire spot in positive brand presence.  Vivo has dominated the smartphone limelight for some time now and with the impressive names in the Vivo Family, the brand should very well expect a meteoric rise to greater heights. 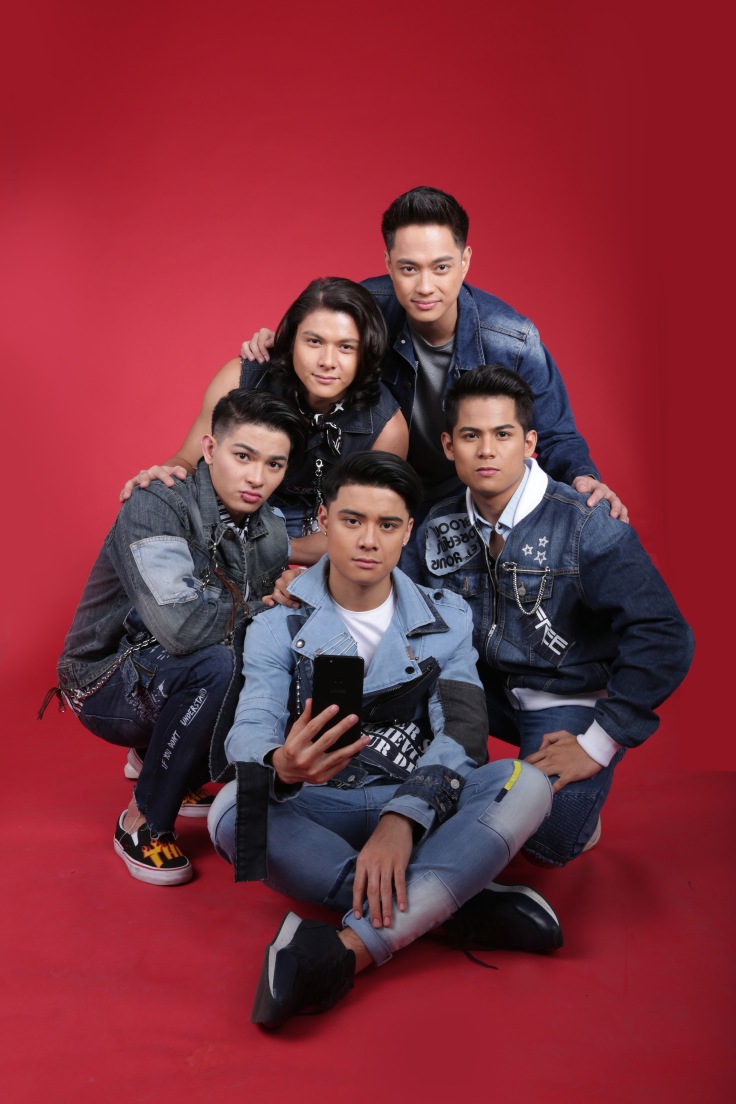 But prior to Vivo’s signing up of local brand influencers, Vivo impressed the smartphone industry by signing up NBA superstar Stephen Curry as the brand’s biggest ambassador September of 2016. In November 2017, during the grand launch of the Vivo V7+ in Manila, Vivo introduced their newest local brand endorsers, something to bring the brand closer to the heart of its Filipino patrons.

Leading the Vivo Family are the freshest and the hottest young stars of this generation which all belong to the Kapamilya group of stars from big-time network ABS-CBN. One of these celebrities is popular all-boy group BoybandPH composed of Joao Constancia, Niel Murillo, Tristan Ramirez, Russell Reyes, and Ford Valencia.

BoybandPH first hit the spotlight December 2016 after winning the first season of Pinoy Boyband Superstar, a reality show which is a local franchise of Simon Cowell-backed Latin American singing competition La Banda. BoybandPH immediately moved on to release their first single in January 2017 entitled ”Unli” and proceeded to release their debut, self-titled album the following month which was to bag a Gold Record Award with sales reaching more than 7,000 copies sold in just two months after release.

With the group’s strong influence amongst the young Filipino crowd, Vivo signed up BoybandPH in September 20, 2017 and in December 10, 2017, the band celebrated their first anniversary as a band at the Vivo All Screen Experience Mall Tour in Starmall Alabang where overjoyed fans flocked to see their beloved all-male group. BoybandPH, as the Vivo’s influencer, has flown to Bacolod to lead the brand’s mall tour and press conference. They also participated in Vivo’s special Christmas CSR for Marawi soldiers where the band members shared their respective selfie salutes to convey their respect for the freedom fighters. The band also showed how things remarkably changed for them in six years through a 2012 vs 2018 Looks; the boys posted photos of themselves comparing their physical look between years 2012 and 2018. 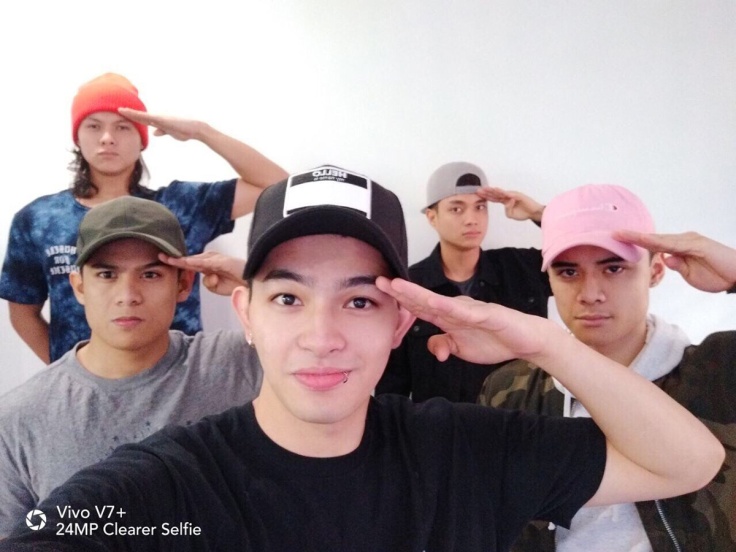 The band, of course, was also present during the grand Vivo V7+ launch at the glitzy Marriott Grand Hotel where they were first unveiled as a Vivo influencer.

BoyabandPH really love their Vivo V7+, they always use their phone in taking selfies with their fans, friends and family. They also influence their avid followers to use Vivo Smartphone. 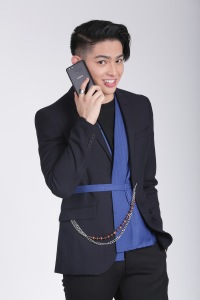 Raised in Macau to Filipino parents, Joao is still very much Pinoy at heart despite his foreign upbringing. Dubbed the “Party Prince of Macau”, the 19 year old heart throb wowed judges and fans with his own rendition of “Twerk it like Miley” for the grand finals which landed him a place in the group. Joao can speak Mandarin fluently.

As a musician, Joao loves his Vivo V7+ phone for its Hi-Fidelity audio chip which rocks above par mobile audio technology which makes any music lover appreciate music better. 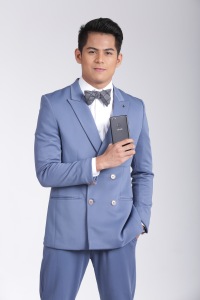 Orlando Sinangote Murillo IV or simply Niel is a native of Cebu and was an instant crowd favorite in the reality show, garnering 96% votes from the female audience. Niel is a talented singer and is the band’s lead vocal. He attributes his talent to his love for music which is rooted from an early age and his blind brother who serves as his number one inspiration.

Niel appreciates his Vivo V7+’s 5.99 all-screen Display with an 84.4% screen to body ratio, providing a more exciting and enhanced game and visual experience. With his love for Korean Pop, Niel loves his V7+’s hi-fidelity audio chip which supports the latest sound technology and levels up mobile audio technology, enabling Niel to relish rich and full rhythms. 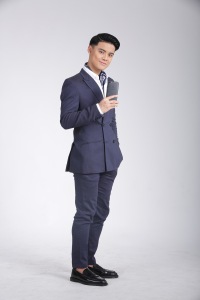 Chicago, USA-born Russell plays the piano and is proud of his smooth vocals. Russell had frequented talent and music shows since he was young and excel in them. His audition piece, “Lately” by the iconic Stevie Wonder earned him a spot in Pinoy Boyband Superstar reality show. Considered as one of the strongest members vocally, Russell had won the hearts of the show’s judges and the fans as well, bagging an impressive 100% from combined text and judges votes.

Just like the other music fanatics in the band, Russell is happy with his Vivo V7+’s. As a social media influencer, Russell also attributes his trend-worthy feed to the V7+’s powerful 24MP camera which creates perfect selfies each time. 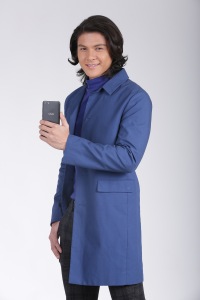 Born in Manila, Ford is talented with the beats and the rhythm as the group’s rapper. Ford has a string of jobs under his belt which marks his humble beginnings. hi-fidelity audio chip for the best in latest sound and mobile audio technology The BoybandPH sweetheart had worked as a waiter, ship mechanic, freelance musician, and even as an insurance agent to make both ends meet. Ford’s modest past is now in the past as he enjoys a significant social media fan base. 85,000 fans are following Ford on Twitter, almost 3,000 on Facebook and a whopping 158,000 on Instagram.

Ford loves his Vivo V7+’s for its futuristic finger print unlock feature, making the phone’s security spec stonewall and truly secure. He also loves taking selfies, thanks to the phone’s 24MP revolutionary camera—his fans could not get enough of his social media feed. The V7+’s hi-fidelity audio for the ultimate in mobile audio technology is also perfect for a boyband member like Ford so he could further enjoy his craft. 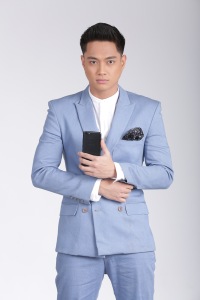 25-year old Tristan Ramirez is a model from Bulacan. A balladeer, his love and talent for music grew from mere karaoke sessions with his mother when he was a child. Tristan also has a talent for beatboxing which impressed the Pinoy Boyband Superstar judges and which made a perfect complement for his superb singing voice. Tristan puts family first and is known as a soft-hearted and loving son and big brother to his family.

When asked what he loved about his Vivo V7+, Tristan swore by the phone’s 5.99 all-screen Display with an 84.4% screen to body ratio as it enables him to have a solid game and visual experience. As a celebrity who documents his day to day activities, Tristan also appreciates the V7+’s 24Mp front-facing camera for picture-perfect selfies. And lastly, as a musician, Tristan lives by the V7+’s hifi audio capabilities as it allow him to listen to music and improve his musicality.

Watch the behind-the-scenes shoot with the BoybandPH: