That’s how actor and host Robi Domingo described how he felt on doing Lakwatsero, the online current affairs show which can premiered January 29 on the Life Section of ABSCBNNews.com.

The digital travel series will follow Robi’s six-week journey as he lands from one destination to the next, including Basey and Calbiga in Samar, Iloilo, Bacolod, Mt. Apo in Davao Del Sur, Malapascua and Bantayan Islands in Cebu, Bukidnon, Cagayan De Oro, and Iligan City.

The online series will show Robi embracing his ‘lakwatsero’ moniker and trying everything that each place offers—from mouthwatering food spreads and one-of-a-kind concoctions, to conquering the great outdoors and enjoying jitters, laughs, and solo traveling surprises. The young star spares no detail on how to get the best experiences as hopes to inspire viewers to set new travel goals and explore the Philippines. 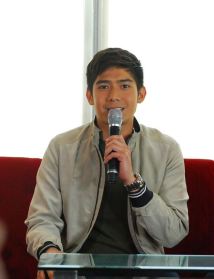 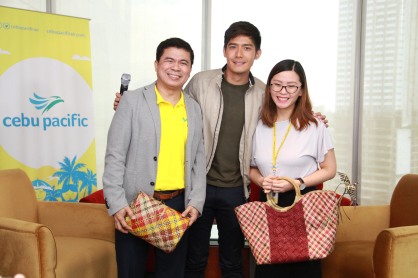 Serving as the ultimate travel buddy to the ultimate ‘lakwatsero’ is Cebu Pacific Air, the leader in fun travels. With the most extensive route network across the Philippines, Cebu Pacific is helping Robi fit convenience and greater value in his busy itinerary, all while discovering the vast selection of destinations.

Go Hotels and Summit Hotels and Resorts also served as home base for Robi, as the ‘lakwatsero’ gained unique experiences and immersed in various places in the country.

Robi will be up and about and flying often, so don’t miss on the chance to cross paths with the bubbly adventurer. Stay tuned for Robi’s vlog updates as captured on his Oppo phone every Monday, Wednesday and Friday on news.abs-cbn.com and on the channel’s YouTube and Facebook accounts or just use #NasaansiRobi to trace his tracks on social media.

“Lakwatsero” adds to the online offerings of ABS-CBN, the country’s leading media and entertainment company. The network is rapidly transitioning into an agile digital company with a growing list of digital platforms and the biggest online presence among Filipino media companies.

You can also read up on his lakwatsero-ventures on news.abs-cbn.com and choosephilippines.com for his travel tips and destination suggestions. Last we heard, Robi is wading the waters with thresher sharks in Malapascua, Cebu. Where is he now? Better stay online and updated with “Lakwatsero” to find out!

Here’s what Robi Domingo can say about his online show Lakwatsero: