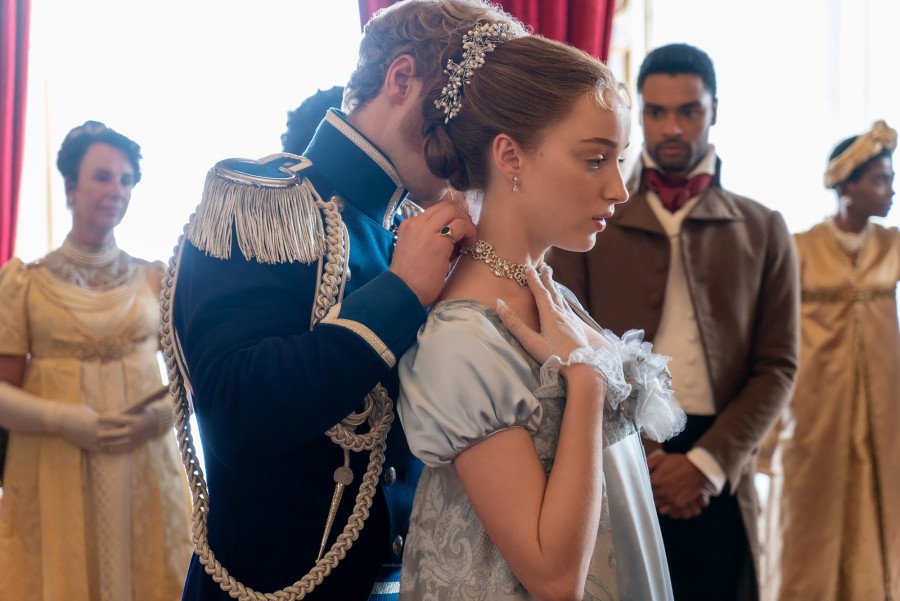 Prepare for another social season. BRIDGERTON is returning for season two, only on Netflix. Watch the Season 2 announcement here:

You can also read Lady Whistledown’s announcement below:

From Shondaland and Creator Chris Van Dusen, Bridgerton follows Daphne Bridgerton (Phoebe Dynevor), the eldest daughter of the powerful Bridgerton family as she makes her debut onto Regency London’s competitive marriage market. Hoping to follow in her parent’s footsteps and find a match sparked by true love, Daphne’s prospects initially seem to be unrivaled. But as her older brother begins to rule out her potential suitors, the high society scandal sheet written by the mysterious Lady Whistledown (voiced by Julie Andrews) casts aspersions on Daphne. Enter the highly desirable and rebellious Duke of Hastings (Regé-Jean Page), committed bachelor and the catch of the season for the debutantes’ mamas. Despite proclaiming that they want nothing the other has to offer, their attraction is undeniable and sparks fly as they find themselves engaged in an increasing battle of wits while navigating society’s expectations for their future.

Netflix is the world’s leading streaming entertainment service with 204 million paid memberships in over 190 countries enjoying TV series, documentaries and feature films across a wide variety of genres and languages. Members can watch as much as they want, anytime, anywhere, on any internet-connected screen. Members can play, pause and resume watching, all without commercials or commitments.

LOOK: The City of Manila broke its own COVID-19 vaccination record with an all-time high of 27,626 individuals inoculated Friday, June 18.
#Pokwang (@itspokwang27) all glammed up as she’s introduced as the newest Kapuso and GMA Artist Center talent earlier today.
GMA Network and GMA Artist Center welcomes #Pokwang (@itspokwang27) to the Kapuso Network and its roster of talents! #WelcomeKapusongPokwang
Netflix Philippines announced today that My Amanda, starring Alessandra de Rossi (Through Night and Day) and Piolo Pascual (Hayop Ka! The Nimfa Dimaano Story), will launch exclusively on Netflix on July 15.
LOOK: The cast of #PepitoManaloto: Unang Kwento #MikeeQuintos (@mikee), #SefCadayona (@sefcadayona) and #KokoyDeSantos (@kkydsnts).
With an effective romantic comedy formula and lead artists with a good chemistry, #InnLoveTheSeries is your new boys’ love digital show to watch to escape the blues of the pandemic.