MANILA (August 10, 2020) – With most of us spending quite a bit of time at home – whether you’re busy with WFH, or getting into the rhythm of online classes – a well-placed break is always a good idea. So why not spend it discovering a new show with an exciting premise – Bad Genius – on iflix and WeTV. The best part is you can watch it for FREE!

Bad Genius, which became the highest-grossing movie in Thailand in 2017, tells the story of four teenagers as they band together to make money by helping other students cheat on their exams and pass their classes. Inspired by true events surrounding a cheating scandal on standardized testing, the movie, director Nattawut “Baz” Poonpiriya, and its young cast gained critical acclaim in both Thailand and internationally.

Fans of the movie were excited when a Bad Genius spin-off series was announced in 2019. The new production will continue to tell the characters’ stories, but this time featuring a whole new cast of young talent. June Plearnpichaya Komalarajun takes on the role of Lynn, a genius-level student on scholarship who realizes she can help others cheat on exams for some extra cash, Jaonaay Jinjett Wattanasin as fellow genius classmate Bank, Ice Paris Intarakomalyasut and Sawanya Paisarnpayak round out the crew as newfound friends Pat and Grace. Their relationships with each other are put to the test (pun intended) as they maneuver their way through high school while trying out different (sometimes wild) cheating tactics. The new series is produced by Thailand-based production company GDH (Gross Domestic Happiness). 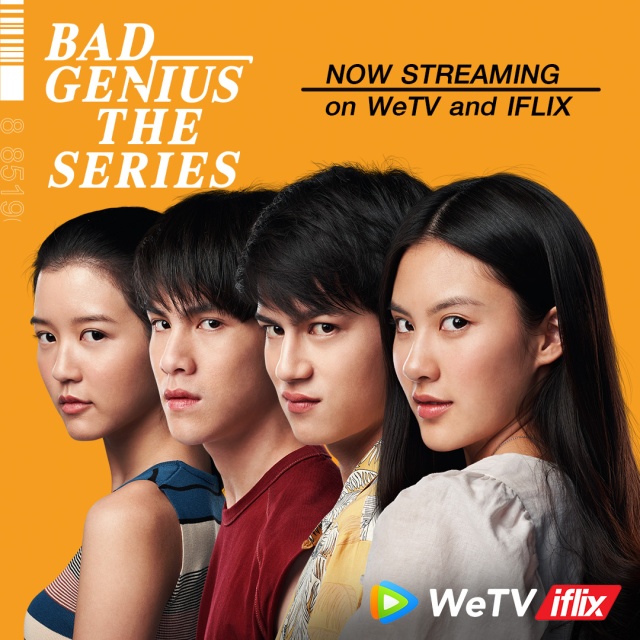 The first two episodes of Bad Genius are now up on iflix and WeTV, with two new episodes dropping every week. And you can watch it for free on either streaming platform. So it’s time to take a break and play catch-up with all the drama and scheming from the four characters of Bad Genius before a new episode comes around.

iflix is Asia’s leading streaming platform featuring the best in local, regional, and international content, which can be seen in Indonesia, Malaysia, Thailand and the Philippines. WeTV is home to Asian Premium content featuring the best shows from China and the rest of Asia. You can download both the iflix and WeTV app on the App Store and on Google Play.

Our first look at #ZoeKravitz (@zoeisabellakravitz) as Selina Kyle in 'THE BATMAN.'
#AldenRichards (@aldenrichards02) on renewing his contract with @artistcenter:
'THE BATMAN' director Matt Reeves shares a glimpse at the upcoming trailer to be released during DC Fandome on October 17.
New stills from #SpiderManNoWayHome.
Para wala nang away kung safe ba manood ng sine.
Cinema Exhibitors Association of the Philippines' statement on the re-opening of Cinemas