Welcome to the world’s most incredible adventure camp: Camp Cretaceous! Join the adventure as our campers get up close and personal with dinosaurs in the all new series, Jurassic World: Camp Cretaceous, coming to Netflix September 18th.

Set against the timeline of the blockbuster film Jurassic World, Jurassic World Camp Cretaceous follows a group of six teenagers trapped at a new adventure camp on the opposite side of Isla Nublar. When the events of the film unfold and dinosaurs are unleashed across the island, each kid realizes their very survival rests on the shoulders of themselves and their fellow campers. Unable to reach the outside world, our six teens will go from strangers to friends to family as they band together to survive the dinosaurs and uncover hidden secrets so deep they threaten the world itself. 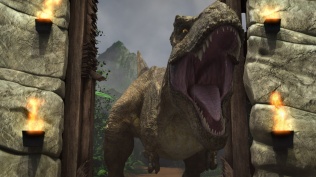 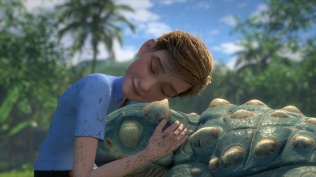 For more information, you can go to www.netflix.com/jurassicworldcampcretaceous.

Netflix is the world’s leading streaming entertainment service with 193 million paid memberships in over 190 countries enjoying TV series, documentaries and feature films across a wide variety of genres and languages. Members can watch as much as they want, anytime, anywhere, on any internet-connected screen. Members can play, pause and resume watching, all without commercials or commitments.

Some of the supporting cast of #LoveIn40Days:
#LoiNie #LoisaAndalio (@iamandalioloisa) and #RonnieAlonte (@iamr2alonte) at the #LoveIn40Days Advance screening and media conference.
Doctor Strange in the Multiverse of Madness is a crazy ride. A lot of surprises and more surprises from those surprises. It’s crazy. But the bottom line is that the film definitely adds another layer to the story of not just Doctor Strange but also to the othe supporting characters.
Meet the main characters of GMA Network's upcoming Afternoon Prime drama 'The Fake Life' and their young actors counterpart:
WATCH: #FalsePositive female stars #GlaizaDeCastro (@glaizaredux), #RochellePangilinan (@rochellepangilinan), and #YvetteSanchez (@imyvettesanchez) talk about what they want the opposite sex to experience.
The Bad Guys is a fun, action-packed animated movie with lots of twists and turns, but it didn’t feel bloated. The film smoothly transitions its adventures, its interpretation of how the characters turn from bad to good in a funny and heartwarming way.