No one ever said that falling in love was easy.

You pour your heart out. You give it your all. Then they break your heart into a million pieces. You shut yourself off. You build walls to protect yourself from getting hurt again. Then someone new comes into your life and breaks down those walls you’ve built.

This is for every single person who fell out of love.

This is how singer and songwriter Jace Roque describes his latest single LOVE.

Watch the official lyric video below:

After the success achieved by my previous single “Sober”:

I’m happy to announce that my next single “LOVE” will be released thru AWAL (a Kobalt Music Group subsidiary) on September 27, 2019.

Most notable artists on AWAL are Betty Who, deadmau5, Kim Petras, Lauv, Jeremy Renner, Jesse McCartney, Madison Beer, R3HAB, Now United and many more. So I’m very excited for everyone to hear my new music and I hope that people will relate to it as much as they did with my previous single “Sober”. Support OPM!

How I got a Distribution Agreement from AWAL (a Kobalt Music Group subsidiary)?

Since the past year I’ve been presenting my Demo Album to various major record labels in the country. The feedback so far has been good. They like my music and says that it shows a lot of potential but here’s the catch, none of them are really willing to take the risk because my sound caters more to the international market.

Though I completely disagree. Music is universal. People will always gravitate towards music for as long as it’s beautifully crafted, authentic and relatable. I also believe that the local music market is ripe for this kind of music. A lot of new wave artists like James Reid, Moira Dela Torre, Hazel Faith, Ben & Ben, the recently viral SB19 and the likes paved the way for the resurgence of new original music and not just covers and revivals.

(But I’m still hoping someday that the label execs and representatives could see the value of my work and what I can bring to the table.)

Forward to a year later. At the height of Taylor Swift’s dilemma of not owning her master recordings, I came across AWAL in one video that was discussing the importance of retaining the rights to your original recordings.

I was already familiar with AWAL because I am a huge fan of Lauv’s music. So I checked their website, saw that they were accepting submissions so I sent them my music. Suntok sa buwan. I wasn’t really getting my hopes up because they do state that they “don’t automatically accept everyone who applies”. Then 3 days after, I received a response welcoming me to the AWAL family.

*AWAL is a British distribution company and record label owned by Kobalt Music.
*Kobalt Music Group is the top independent music publisher in the UK and the second overall (to Sony/ATV) in the USA. 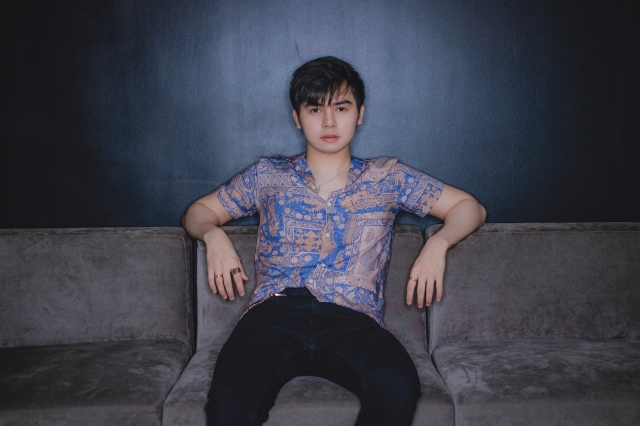 We can draw not only learnings from Habambuhay, but also inspiration. The two-part documentary shows how Philippine cinema, or at least some of it, changed through the years, and how people who have different visions molded it.
The stars of the international hit romance comedy movie 'Crazy Little Thing Called Love (First Love)' Mario Maurer and Baifern Pimchanok are reuniting after 12 years in Netflix's 'AI Love You.'
Paramount Pictures has just announced that its US No.1 box-office hit Scream will hold special sneak previews in selected cinemas nationwide on Tuesday, February 1st. Horror fans are advised to check with their favorite theaters for the screening hours and ticket prices.
During the #SparkleMediacon, we asked Kapuso actor and filmmaker #KhalilRamos (@khalilramos) what or who keeps him motivated or sparkle as an artist:
Zaijian Jaranilla falls victim to the gradual breakdown of his parents’ tumultuous relationship in ABS-CBN’s upcoming drama series “The Broken Marriage Vow,” which premieres on January 22 on iWantTFC and January 24 on Kapamilya Channel, TV5, A2Z, Kapamilya Online Live, and TFC.
Emma Watson for British Vogue.