As a fan of theatrical performances such as The Phantom of the Opera, Derrick Monasterio took his chance when he was told that there were auditions for the seventh run of the hit all-original Pinoy musical ‘Rak of Aegis.’ 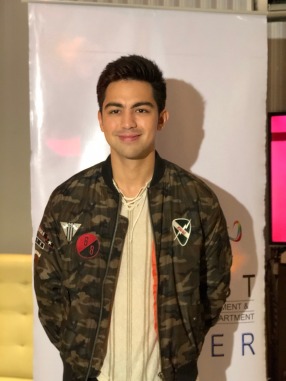 In an interview with GMA Network during the “Rak of Aegis” press launch last June 3 at the PETA Theatre Center, Derrick shared, “Before I went into acting, I really loved singing. So when I saw an opportunity, I decided to audition. I was already a fan, as I’ve seen Rak of Aegis before, and now I’m happy to be actually part of the cast.”

Derrick, who starred in GMA Network shows like ‘Inday Will Always Love You,’ ‘The Half Sisters’ and ‘Tween Hearts’ and in movies like ‘Wild & Free’ have come a long way from his pa-tweetum days.

Physically, he is one of today’s hottest young actors who’s also endorsing top brands like Bench. You can check his Instagram account to know why he’s body is “goals” for most men.

Catch Derrick in “Rak of Aegis” when it returns July 5, it will run until September 29 at the PETA Theatre Center. Derrick shares that he will start performing during the July 12th show.

For ticket inquiries, contact TicketWorld at 891-9999or visit ticketworld.com.ph

Watch out interview of Derrick Monasterio during his bloggers’ conference:

Special thanks to GMA Artist Center and Music 21 Tomas Morato for the invite and the venue.