After the success of his first concert “Up Surge” last year, Pambansang Bae Alden Richards is set to make a return on the concert stage this September 21. 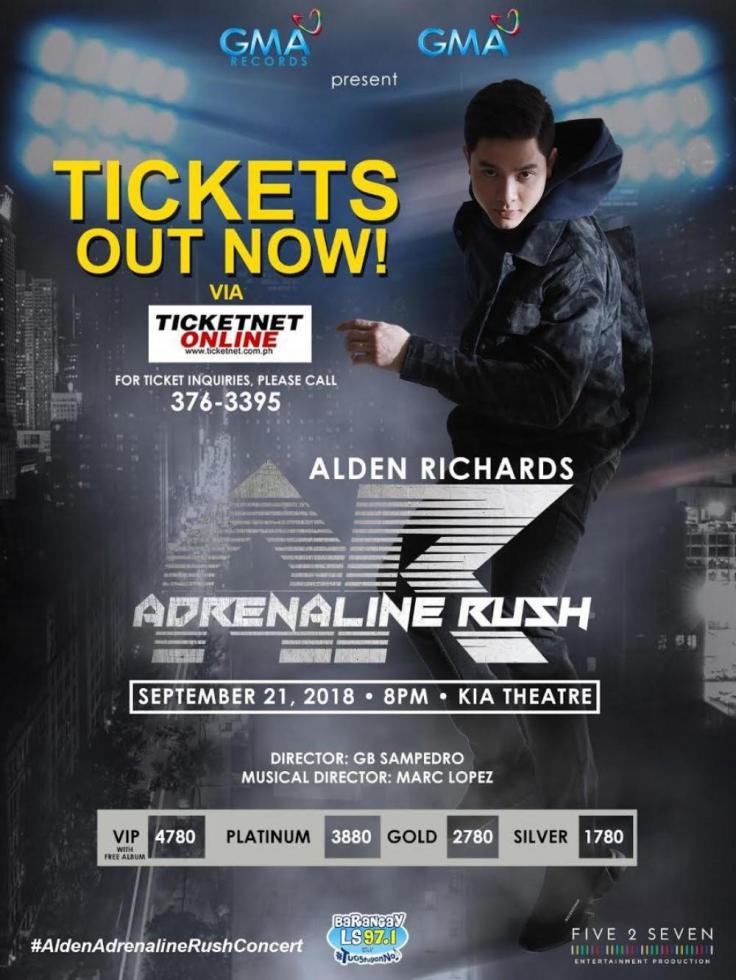 Dubbed as “Adrenaline Rush”. fans are in for a treat as Alden promised to double up his performance from his past concert, including performances that he will do on stage for the first time and also Alden is set to launch his second album on the day of the concert.

The production are still yet to confirm the special guests of Alden at the concert but he promises to maximize the stage with his performances.

#AldenAdrenalineRushConcert is produced by GMA Records, directed by GB Sampedro, with musical direction by Marc Lopez. Ticket prices are available at ticketnet, for more inquiries visit Ticketnet.com.ph or call 911-5555.