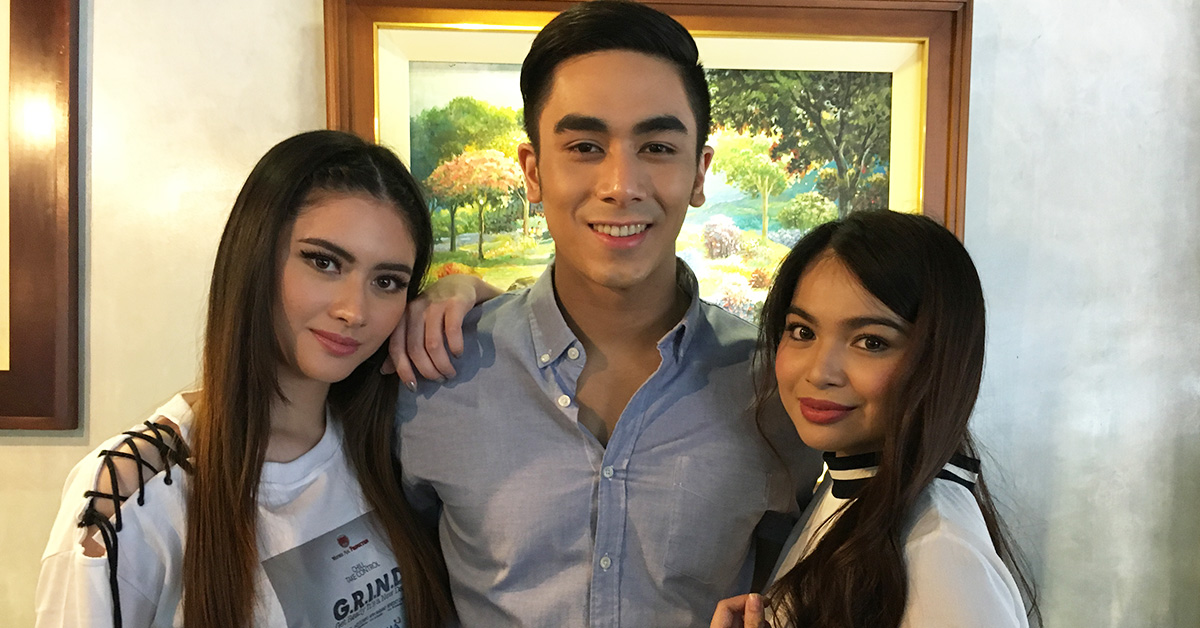 “Get Ready It’s a New Day,” GMA Network’s latest weekly series tackles how Young Professionals today are – the career-driven, family oriented, love and attention seekers. It is a complicated world filled with complicated people, but Carlo, Lui, Solanj and RK find company in each other.

Not in the photo is Benedict Campos, who is playing Reynaldo Katakutan, RK for short. He’s gay but girls can still fantasize about him for being physically fit and at the same time has the looks. He’s a jack-of-all-trades, he’s a part time gym and dance instructor, a salesman, networking agent, any job he can, he does.

He may be have difficulties in life, but he still chooses to be happy.

Next is Ayra Mariano who is playing Luisa Carmela Gonzales aka Lui. No boyfriend since birth, the naive but eager-beaver Miss Do-It-All, Lui is the most family oriented in the four.

Carlo Yuson, the most successful among the group, is played by the very enthusiast and handsome Bruno Gabriel. He has everything a person could want, but everything he has was hardly earned. He’s a risk-taker and ambitious as he wants to have it all because he doesn’t want to go back with nothing. But Carlo, a bachelor as he may look, has a secret. And that is he’s attracted to older woman.

Last but not the least, is the artsy Millenial Solanj played by Jazz Ocampo. She was named after her lola Solangermina but reinvents it to have an edgy ring. “Solanj” which means “Angel of the Sun,” the daughter of a well-off and respected family who is still an undergraduate because she’s still indecisive. She loves art, she usually changes her style and hair color to express herself. But the one thing she wishes the most is to find the man of her dreams, the man who will love her unconditionally forever.

Get to know them more in GMA’s late night Saturday series G.R.I.N.D (Get Ready It’s a New Day). Airs Saturday nights after i Witness.