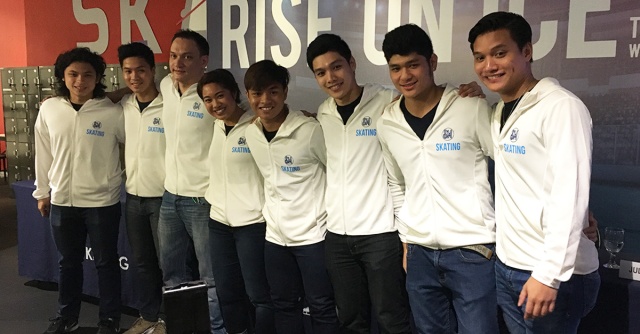 Winter Olympian Michael Martinez leads fellow figure skaters Samantha Cabiles, Alisson Perticheto, and Jules Alpe into hopeful victory as they show off their programs for the 2017-2018 skating season in the Southeast Asian Games. Medallists in their own right, the figure skaters hope to glide their way into top spots as they join the first SEA Games to include winter sports. Joining Team Philippines is the country’s lone speed skater, Kathryn Magno, who comes from a fresh win as the 2016 Tri-Series South East Asia Cup gold medalist.

Also gunning for gold is Team Pilipinas – the country’s national team for Ice Hockey. Though quite newly formed, the promising Team Pilipinas has already won the bronze award in their first competitive tournament, the Asian Winter Games. Well-practiced and now hunger for more, the team is aiming to bring another medal home for the country.

“It gives us pleasure to see out country, much more our home-grown athletes, participate in a such a well-renowned event,” says Edgar Tejero, President of SM Lifestyle Entertainment, Inc. “We at SMLEI been long supporters of out ice athletes, and we are proud to be part of their journey towards international success.” SMLEI is the only company in the Philippines to carry Olympic size ice rinks through its brand “SM Skating.”

Join our athletes as they skate their way to the 2017 SEA Games! For team updates and other skating events, follow SM Skating on Facebook and Instagra: @smskating.