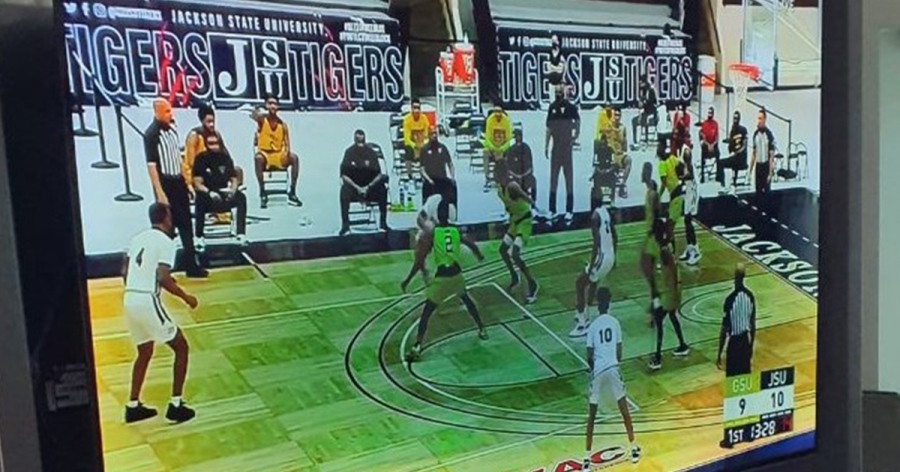 The demand for OLED TVs is still on a steady rise in 2021. According to Consumer Reports, more brands are expected to come out with entry-level OLED sets to make it more accessible to people looking for affordable TVs with 4K quality.

That being said, however, the concern over screen burn-in is expected to also grow alongside it. But what is it exactly and what causes it?

Simply known as “burn-in,” this is a permanent defect in areas of a TV display that can be caused by cumulative effects of displaying the same image or scene for long periods of time. This usually starts as an image retention—when a TV shows what appears to be a shadow of the original image even after it has disappeared.

OLED displays are much more susceptible to burn-in because it relies on the self-emissive nature of its individual pixels. Therefore, when a TV is on for hours, the pixels that light up a static image can “burn in” due to pixel aging with its brightness diminishing to a lower state.

In the past there have been reports of OLED TVs installed at prominent spots such as the Incheon International Airport that showed signs of burn-in that can make customers worry about the long-term reliability of the device.

OLED TV owners might be able to fix the problem and prevent permanent damage by turning down an OLED TV’s brightness and avoid leaving static images on for several hours or even days. Some displays have “pixel refreshers” that automatically shift an entire image on TVs by a few pixels.

They can also prevent burn-in by consuming less of certain types of content that show static graphics remaining on screen for a long period of time. These types of content can include news channels and live sports that show scores, tickers, and channel logos as well as video games that show health meters, status bars, or maps on a certain part of the screen.

But even then, there is still a possibility that some images will be retained. The static image somewhat disappears when switching channels but eventually, it becomes a major cause of concern when the image is already transfixed on the same spot. It becomes a constant eye-sore and the only way to enjoy watching their TV again is by buying a new one.

If you’re an OLED TV owner and are looking to switch, consider opting for a QLED TV instead because this TV technology uses a backlight to provide brightness. This means that the pixels aren’t susceptible to uneven aging, which ensures that the screens are safe from burning in.

We can draw not only learnings from Habambuhay, but also inspiration. The two-part documentary shows how Philippine cinema, or at least some of it, changed through the years, and how people who have different visions molded it.
The stars of the international hit romance comedy movie 'Crazy Little Thing Called Love (First Love)' Mario Maurer and Baifern Pimchanok are reuniting after 12 years in Netflix's 'AI Love You.'
Paramount Pictures has just announced that its US No.1 box-office hit Scream will hold special sneak previews in selected cinemas nationwide on Tuesday, February 1st. Horror fans are advised to check with their favorite theaters for the screening hours and ticket prices.
During the #SparkleMediacon, we asked Kapuso actor and filmmaker #KhalilRamos (@khalilramos) what or who keeps him motivated or sparkle as an artist:
Zaijian Jaranilla falls victim to the gradual breakdown of his parents’ tumultuous relationship in ABS-CBN’s upcoming drama series “The Broken Marriage Vow,” which premieres on January 22 on iWantTFC and January 24 on Kapamilya Channel, TV5, A2Z, Kapamilya Online Live, and TFC.
Emma Watson for British Vogue.