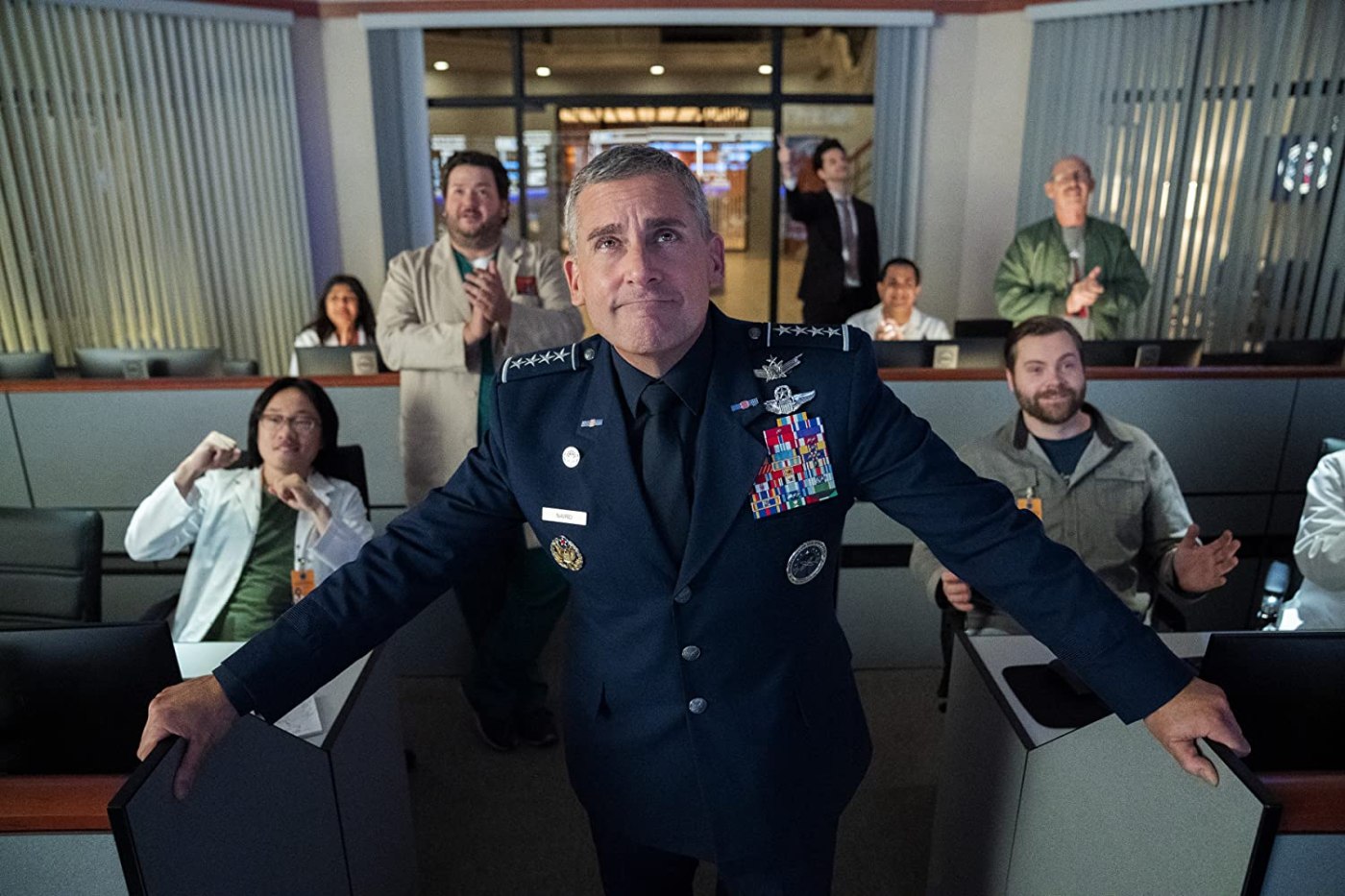 Get to know more about Netflix’s newest comedy series ‘Space Force’ from the creators themselves, Steve Carell and Greg Daniels.

STEVE CARELL: Space Force came around in a rather atypical way. Netflix had this premise that they thought might make a funny show — the idea made everybody laugh in a meeting, an idea of a show about the origins of a fictitious Space Force. I heard about the idea through my agent, and Netflix pitched the show to me, and then I pitched the show to Greg, and we all had the same reaction to it. There was no show, there was no idea aside from the title. Netflix asked, ”Do you want to do a show called Space Force?” And I pretty much immediately said, “Well yeah, sure. That sounds great.” And then I called Greg, and I said, “Hey, you want to do a show called Space Force?” And he said, “Yeah, that sounds good. Let’s do it.” And it was really based on nothing, except this name that made everybody laugh. So we were off and running.

GREG DANIELS: After that call, we had a bunch of creative sessions where we brainstormed at Steve’s house, outlining who his character would be and what pressures would be on him, and what we wanted to say about the notion of making space more military. We realized that the story had beautiful visuals and a mythic quality, and it echoed some of America’s best moments. It had a lot of heroism and yet it also had a strong satirical element. Suddenly everybody has realized that there are riches to be had on the moon, and we’ve got to stake our claim. It feels like there’s now a scramble to colonize space. The contrast between that and the super hopeful early days of NASA, when it was just such an achievement for all of mankind to get a person on the moon, is a good subject for satire.

CARELL: Once we had just the concept of Space Force itself, Greg and I sat down and we asked, “Well, what’s the show going to be? What will it be about?” And we landed on the idea that it should be about the inception of Space Force. It should be about the person who is entrusted with the development, the creation of a new branch of the Armed Forces. And my character, General Mark R. Naird, is the person who’s drafted into creating this branch.

DANIELS: We wanted to make sure that we were being accurate and more than respectful — I would say complimentary — of the military virtues that Steve’s character holds. We have astronaut advisors, science advisors, and our military advisor, Mark Vazquez, has been very useful in teaching us about military behavior. Both Steve and I have relatives in the military who we love and respect, and hope are going to enjoy watching the show.

Check out the teaser for Space Force below:

A decorated pilot with dreams of running the Air Force, four-star general Mark R. Naird (Steve Carell) is thrown for a loop when he finds himself tapped to lead the newly formed sixth branch of the US Armed Forces: Space Force. Skeptical but dedicated, Mark uproots his family and moves to a remote base in Colorado where he and a colorful team of scientists and “Spacemen” are tasked by the White House with getting American boots on the moon (again) in a hurry and achieving total space dominance. From co-creators Carell and Greg Daniels (The Office), SPACE FORCE  is a new kind of workplace comedy, where the stakes are sky high and the ambitions even higher. John Malkovich, Diana Silvers, Tawny Newsome, Ben Schwartz also star, alongside co-stars Lisa Kudrow, Jimmy O. Yang, Noah Emmerich, Alex Sparrow and Don Lake. Howard Klein/3Arts (The Office) serves as executive producer, as well.

Space Force arrives on Netflix May 29. You can check the link here: www.netflix.com/SpaceForce.

Netflix is the world’s leading streaming entertainment service with 183 million paid memberships in over 190 countries enjoying TV series, documentaries and feature films across a wide variety of genres and languages. Members can watch as much as they want, anytime, anywhere, on any internet-connected screen. Members can play, pause and resume watching, all without commercials or commitments.