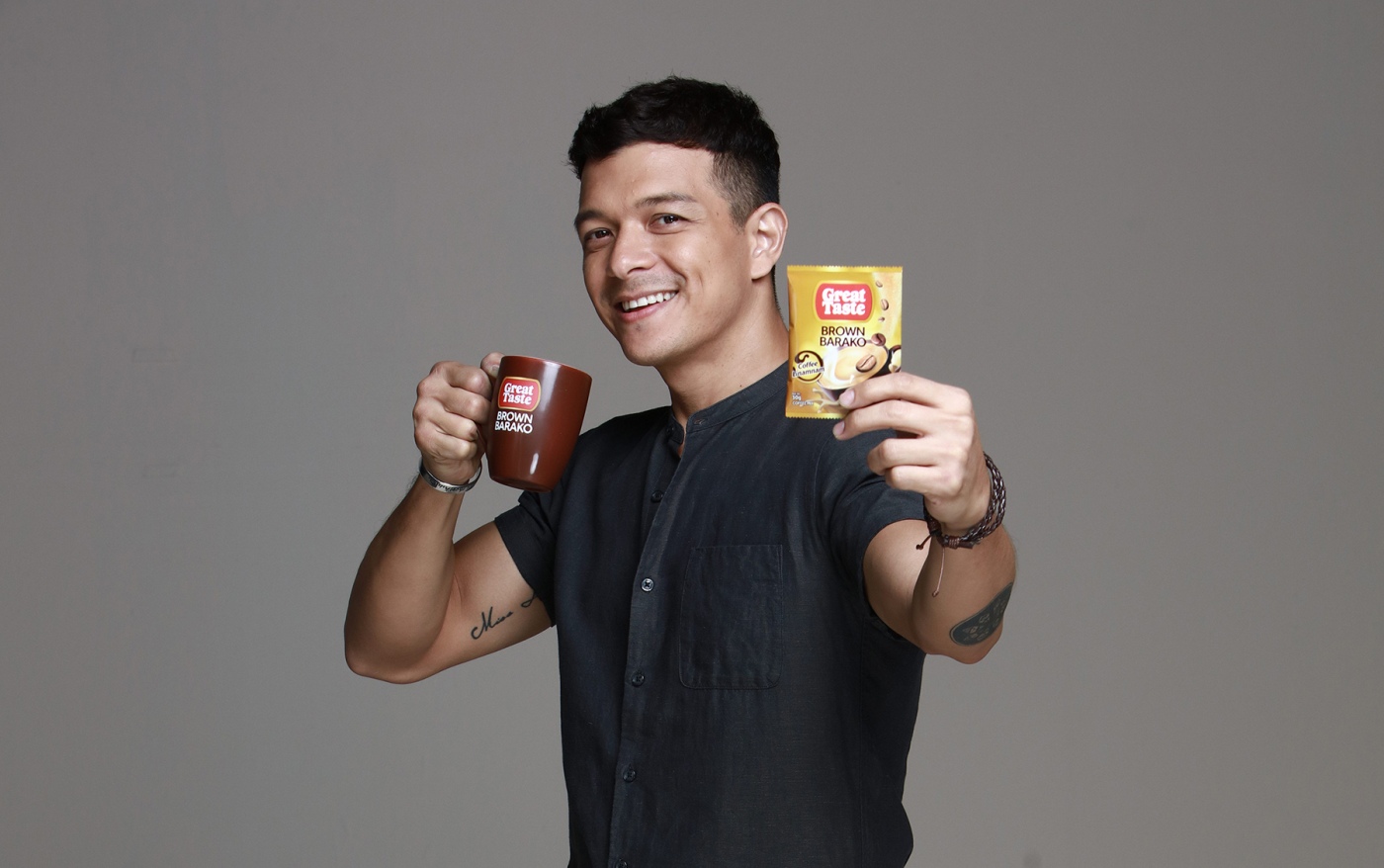 Since winning the title of “Mr. Pogi” in 1996, Jericho Rosales has grown before the eyes of millions of Filipinos. Today, aside from being a full-fledged actor, Echo is also a noted singer, established businessman, and loving husband, among other real-life roles he plays.

Along with being committed to his craft and personal life, the new Great Taste Brown Barako coffee endorser makes it a point to live a meaningful, well-balanced life. His lengthy showbiz stint has taught him the value of pursuing his career along with other endeavors to keep his passions aflame.

On his artistry and passion

Being a multitalented artist who spent most of his young adult years in the limelight, Echo has explored different directions before he met himself holistically. Sharing how he remains creative and true to who he is, Echo replied, “When you’re true to yourself, it’s not really a problem to be creative. Things just naturally come in, and you’ll be surprised to have a lot of options. That’s how it has been it for the last two decades.”

When asked if he has any advocacies he feels strongly about, he proudly shares, “It’s a lot of things, and one concern is the environment.” As one who loves the beach and surfing, Jericho has done several coastal cleanups in various areas nationwide together with partner organizations. Although for him, one should first be a person who cares, before becoming an advocate.

“I guess the greatest advocacy that I have is just care. We can do so many things, but it’s all deeply-rooted in caring and loving,” Echo said. “It may not look like it’s a lot, but being mindful and learning how to coexist encompasses everything, and that alone makes a great difference.”

On looking back on his best works

Jericho has played numerous film and TV roles, but if he were to choose one that he’d always go back to as it left such a huge impact on him, Echo said that it would probably be the role of Lieutenant Ricarte in Marilou Díaz-Abaya’s Bagong Buwan.

“One scene that has always stuck with me was when he was shouting, ‘Ceasefire! Ceasefire!’ To me it was his call for peace ­– it had so much to say about our society and the world that we’re living in.”

On finding the right balance

Now with years of experience under his belt, Jericho sets his sights on the next chapter of his life. Having contributed so much in the local showbiz industry, Echo finds solace in spending most of his free time at home with his family, but still being creative.

“For the past 20 years I’ve never felt so free – so now, when I have time to spare, I just stay home and write songs or watch films.” When asked what helps him stay creative, Echo said, “Coffee.”

“The new Great Taste Brown Barako is a perfect fit for me. It has this strong kick because it’s Barako, yet it’s sweet, so that balance is really what I’m looking for.”

As the first ambassador for the all-new Great Taste Brown Barako, Jericho is happy and excited to represent another Filipino brand. “I am honored to introduce this new Great Taste variant. Aside from its really good taste, I’m glad to be associated with something that is known to many Filipinos,” Jericho shares.

As he stars in his first TVC with Great Taste, Jericho feels elated to be onboard with a product that he personally champions. “I really had fun shooting this commercial, and I hope that I get to embrace my relationship with the Great Taste brand for a long time,” he said.

Want to find your perfect balance like Jericho Rosales? Jumpstart your mornings with a good cup of the all-new Great Taste Brown Barako.