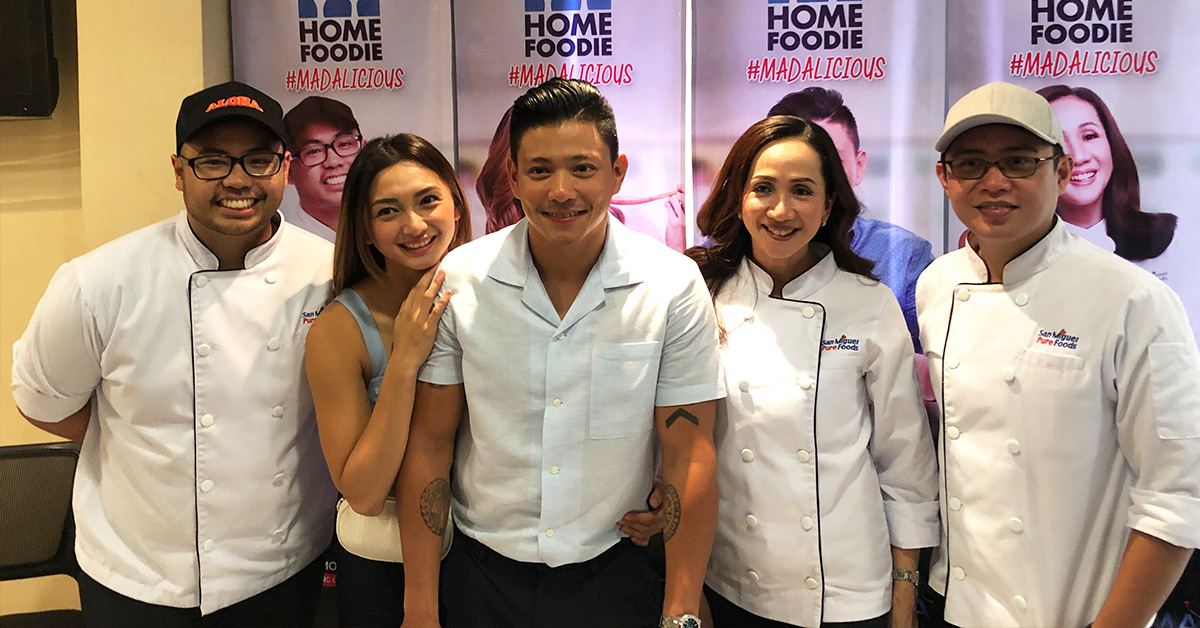 After successful four seasons of bringing delicious recipes for the Filipino viewers, real-life couple Drew Arellano and Iya Villania are back for another round of easy and delicious or Madalicious meals on the fifth season of Home Foodie.

We were lucky to be invited at the media launch of the fifth season of Home Foodie. We were served with delicious meals and one of them was the Chili Chicken.

Of course, a food media conference isn’t complete without a demo.

So, yeah. We learned that Drew cooks better than Iya. But the golden question answered was, “What’s the difference between Afritada, Menudo, Mechado and other tomato-based Filipino dishes?” The trending question people are talking for days.

You see, it was experiential. Like the show is going to be, Home Foodie is a relaxed TV show where people can learn more than just cooking. Tips on the best way to defrost food, or maybe some inside jokes on the Arellano house.

Home Foodie premieres with its fifth season on June 10, 2019, Mondays to Fridays after Unang Hirit.