A mother’s misguided love has caused her daughters to get swapped in status, and so the heroine Gillian enters the rich household to have a better life without knowing she is actually not their long-lost daughter, but her “former twin” sister instead. What will happen to her once the secret get revealed, and what will happen to her relationship with Dion, whom she has gotten closer to as siblings? 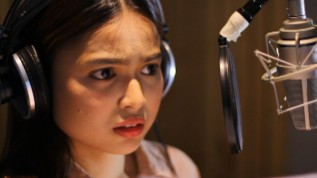 Don’t miss the highest rating and award winning Korean drama of 2018 which encourages us to value our family during the most difficult times – My Golden Life, weeknights after Onanay on GMA Telebabad!

Our first look at #ZoeKravitz (@zoeisabellakravitz) as Selina Kyle in 'THE BATMAN.'
#AldenRichards (@aldenrichards02) on renewing his contract with @artistcenter:
'THE BATMAN' director Matt Reeves shares a glimpse at the upcoming trailer to be released during DC Fandome on October 17.
New stills from #SpiderManNoWayHome.
Para wala nang away kung safe ba manood ng sine.
Cinema Exhibitors Association of the Philippines' statement on the re-opening of Cinemas