After a successful digital episodic series six years ago which was originally conceived by Pepsi, the fan-favorite character jumps from the digital world to the big screen in “Uncle Drew.”

The episodic franchise has amassed over 95 million views since inception and now, NBA All-star Kyrie Irving gets to reprise his role as Uncle Drew and his bringing his friends with him and some more.

After draining his life savings to enter a team in the Rucker Classic street ball tournament in Harlem, Dax (Lil Rel Howery) is dealt a series of unfortunate setbacks, including losing his team to his longtime rival (Nick Kroll).  Desperate to win the tournament and the cash prize, Dax stumbles upon the man, the myth, the legend UNCLE DREW (NBA All-Star Kyrie Irving) and convinces him to return to the court one more time. The two men embark on a road trip to round up Drew’s old basketball squad (Shaquille O’Neal, Chris Webber, Reggie Miller, Nate Robinson, and Lisa Leslie) and prove that a group of septuagenarians can still win the big one. 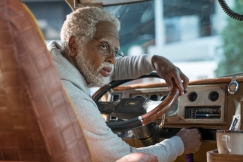 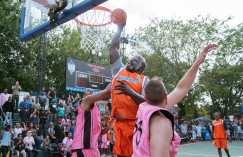 The film is rated G by the MTRCB which means all ages can enter the cinema with or without an adult.

The film, aside from showcasing basketball, also tackles themes such as family, friendship and teamwork.