March 23, 2018, the latest flagship device from Vivo –  the Vivo V9 was launched at the Grand Ballroom of Nobu Hotel, Pasay City.

With a 23MP selfie camera with f/2.0 aperture, Vivo is still taking its selfie game up a notch. Speaking of notches, the phone now has a notch on the top – that houses its selfie camera which powers the AI Face Access feature, allowing the user to unlock the phone with their face instead of a fingerprint scanner.

The Vivo V9 is powered by an octa-core Snapdragon 626 chipset with 4GB of RAM and 64GB of storage (expandable up to 256GB via microSD). It runs in Vivo’s UI Funtouch OS 4.0 on top of Android 8.1 Oreo.

The phone will be available in Pearl Black, Gold and in Blue for pre-order from March 26 – April 5 for P17,999 with freebies.

Aside from the launch of the phone, two new celebrity ambassadors were introduced during the Vivo V9 Launch – Ivan Dorschner and MayWard’s other half, Edward Barber. 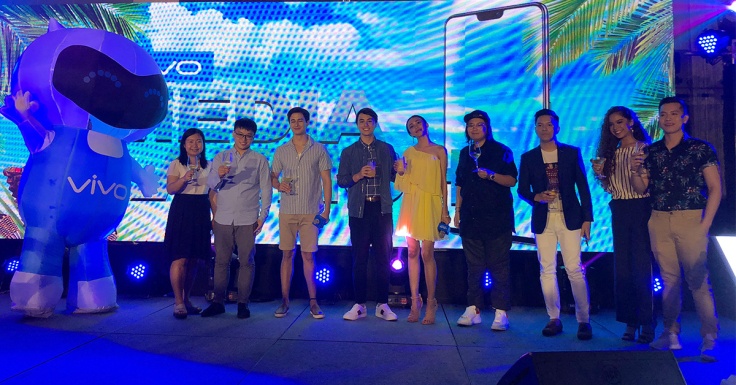 So, yes. Team VanBie (Ivan Dorschner and Barbie Forteza) and Team MayWard (Maymay Entrata and Edward Barber) are now complete as the ambassadors of Vivo Philippines.

Check out the videos below for the introduction of Ivan Dorschner and Edward Barber with Maymay Entrata: