One of the biggest names in the OPM scene, Neocolours, will finally release new songs this year. To jumpstart this awaited music launch, the band signed up today with its record label, Universal Records. Universal Records’ top executives led by VP Ramon Chuaying , General Manager, Kathleen Dy-Go and Operations Manager, Peter Chan welcomed the members of the band during the contract signing. 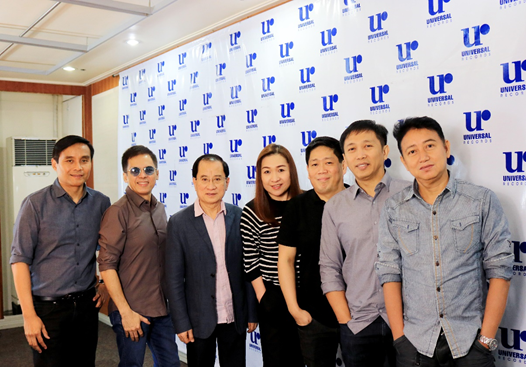 Neocolours’ songs have been a mainstay of many Filipino listener’s playlist. Their songs such as Maybe, Kasalanan Ko Ba, Hold On, Say You’ll Never Go and Tuloy Pa Rin have transcended generational barriers and repeatedly re-recorded by some of the country’s top recording artists. With the release of new songs starting this March, the band hopes to continue this artistic and musical tradition. Aside from the completion of a new album, Neocolours’ other music activities includes a 30th year anniversary show at the Music Museum on April 28, as well as a national tour for the rest of the year.