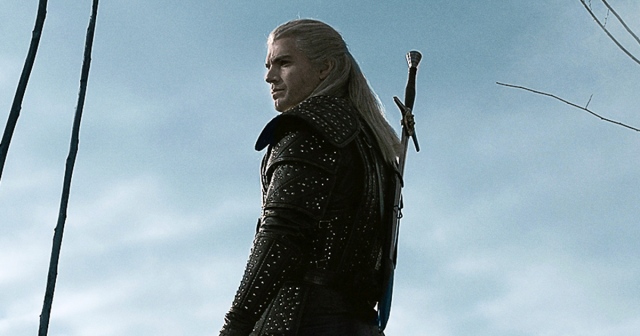 Set in an elven world 1200 years before the world of The Witcher, Blood Origin will tell a story lost to time – the origin of the very first Witcher, and the events that lead to the pivotal “conjunction of the spheres,” when the worlds of monsters, men, and elves merged to become one.

“As a lifelong fan of fantasy, I am beyond excited to tell the story The Witcher: Blood Origin. A question has been burning in my mind ever since I first read The Witcher books – What was the Elven world really like before the cataclysmic arrival of the humans? I’ve always been fascinated by the rise and fall of civilizations, how science, discovery, and culture flourish right before that fall. How vast swathes of knowledge are lost forever in such a short time, often compounded by colonization and a rewriting of history. Leaving only fragments of a civilization’s true story behind. The Witcher: Blood Origin will tell the tale of the Elven civilization before its fall, and most importantly reveal the forgotten history of the very first Witcher,” says executive producer and showrunner Declan de Barra.

“I am so thrilled to collaborate with Declan and the Netflix team on The Witcher: Blood Origin. It’s an exciting challenge to explore and expand The Witcher universe created by Andrzej Sapkowski, and we can’t wait to introduce fans to new characters and an original story that will enrich our magical, mythical world even more,” shares executive producer Lauren Schmidt Hissrich.

““It is exciting that the world of Witcher – as planned in the very beginning – is expanding. I hope it will bring more fans to the world of my books,” says creative consultant on the series Andrzej Sapkowski.

Hivemind’s Jason Brown and Sean Daniel, and Platige Films’ Tomek Baginski and Jarek Sawko will all serve as executive producers of the spin-off series.

‘The Witcher: Blood Origin’ will shoot in the UK and will arrive on Netflix soon.

Check out the official announcement below:

1200 years before Geralt of Rivia, the worlds of monsters, men and elves merged into one, and the first Witcher came to be.

Netflix is the world’s leading streaming entertainment service with 193 million paid memberships in over 190 countries enjoying TV series, documentaries and feature films across a wide variety of genres and languages. Members can watch as much as they want, anytime, anywhere, on any internet-connected screen. Members can play, pause and resume watching, all without commercials or commitments.

During the #SparkleMediacon, we asked Kapuso actor and filmmaker #KhalilRamos (@khalilramos) what or who keeps him motivated or sparkle as an artist:
Zaijian Jaranilla falls victim to the gradual breakdown of his parents’ tumultuous relationship in ABS-CBN’s upcoming drama series “The Broken Marriage Vow,” which premieres on January 22 on iWantTFC and January 24 on Kapamilya Channel, TV5, A2Z, Kapamilya Online Live, and TFC.
Emma Watson for British Vogue.
JUST IN: 'EMILY IN PARIS' has been renewed for two more seasons!
If you love mysteries and twists, #Nelia is definitely the #MMFF2021 movie for you.
What makes 'Kun Maupay Man It Panahon' special is that we can relate with the three main characters in times of crisis. The cynical who has a problem trusting others. The naive one, who goes by the books and does what he thinks is right. And the religious one, who believes that there's a bigger being who could save us all. It's amusing that the film gives us three perspectives in how we cope and process tragedy, three well-acted perspectives.